“Not a Genuine Black Man” 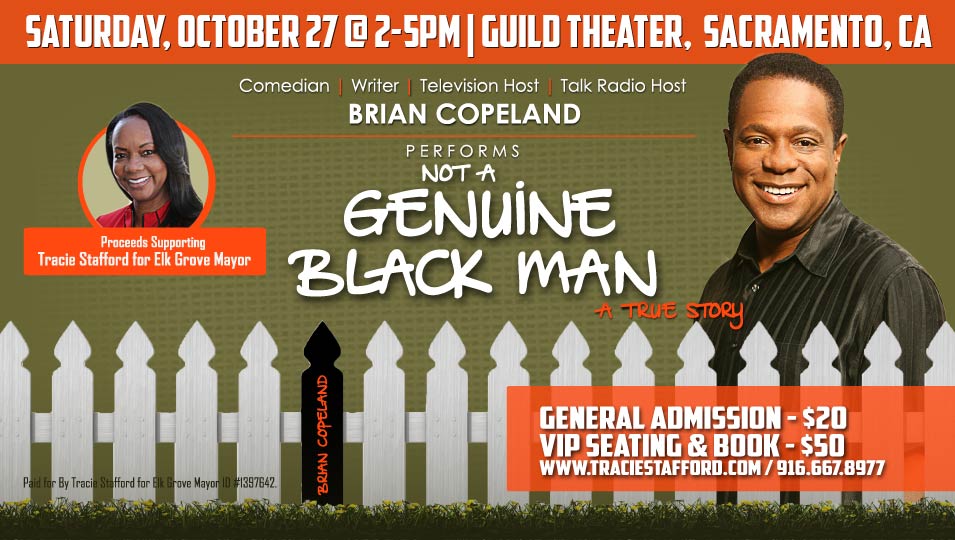 The longest-running solo show in Bay Area history returns. In 1971, Fair Housing advocates considered San Leandro one of the most racist suburbs in America. CBS aired a special on the turbulent situation and the U.S. Commission on Civil Rights even conducted hearings. The very next year, 8-year-old Brian Copeland, his 6-year-old sister, Tracie Stafford, and the rest of his African-American family moved in. With his hilarious and insightful one-man show, Not a Genuine Black Man, he looks back at the ways in which our upbringing makes us who we are. This autobiographical production broke records as the longest-running solo show in San Francisco history. The San Francisco Chronicle called it “a singular story of extreme isolation that speaks to anyone who’s ever felt out of place.” Relive Copeland’s most peculiar past when Not a Genuine Black Man brings cathartic laughter and tears to the Guild Theater in Sacramento. This special presentation will be followed by a Q&A and book signing. Proceeds from the show benefit the Tracie Stafford for Elk Grove Mayor Campaign.