From the Elk Grove News 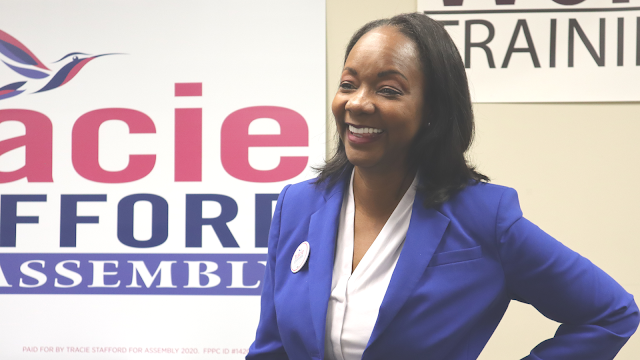 Democratic candidate for Califonia's 9th Assembly District Tracie Stafford announcing the endorsement
of her campaign by a large labor union.

With one month to go until California's March 3 primary, Democratic candidate Tracie Stafford opened a campaign office yesterday in Sacramento in her challenge for the California Assembly's 9th District seat. The opening event was accompanied by precinct walks by several supporters and volunteers' in attendance.

Stafford is one of three candidates challenging incumbent Jim Cooper of Elk Grove for the seat he has held since his 2014 election. Cooper and Stafford are both Democratic party members.

Before her comments to supporters, the audience heard from Stafford's husband Brian Stafford, campaign field director Zoe Kipping and Thomas Fisher. In their remarks, Kipping said Stafford is a personal inspiration for her advocacy efforts, and Smith praised her character.

"I have known Tracie for 20-plus years, and I will say Tracie has the character and the integrity to do this job," Fisher said. "That's what we need in this world today - character and moral compass and people who care for the people who really need help." 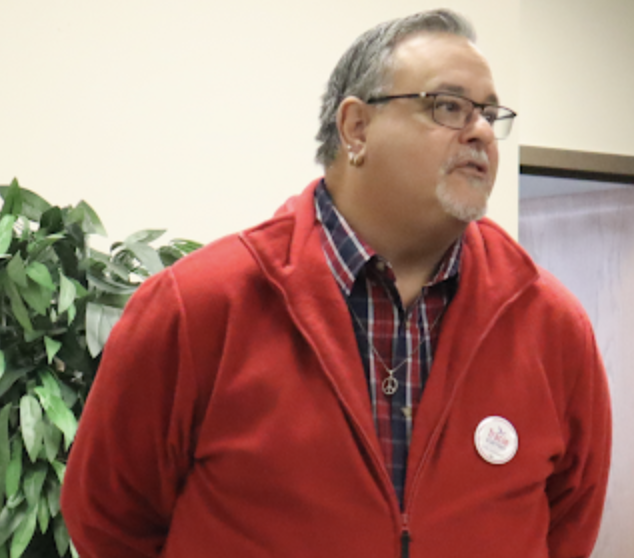 After the introductions and thanking supporters, Stafford discussed some of her policy positions. Without mentioning him by name Stafford contrasted herself from Cooper on several issues ranging from social justice to campaign financing.

Stafford has adopted progressive ideals while Cooper, who retired as a Sacramento County Sheriff's Captain after 30 years of service, has been considered more moderate. Cooper has also advocated on behalf of law enforcement interests like district attorneys to expand the collection of DNA samples and a rollback of voter-approved Proposition 57 in 2016, which reclassified many crimes from felonies to misdemeanors.

"I want to be beholden to the people I serve, other than large corporations, and oil, and tobacco," Stafford said as explained her campaign was mostly individual donations. "Because that is not in alignment with my values."

Stafford also announced her campaign is endorsed by Courage California and one of the larger labor unions in the state, California's branch of the Service Employees International Union (SEIU). The SEIU has collective bargain agreements across a variety of organizations nationally and has advocated for things like the Affordable Healthcare Act and increases in minimum wages.

In making the announcement, Stafford said their endorsement was "courageous even for that organization because what you will find it that most unions stay out of it rather than get involved" in the time leading up to primaries. Stafford added along with financial assistance, the SEIU will phone bank and walk precincts.

The top two finishers regardless of party affiliation in the March primary will advance to the November general election.

UPDATED 10 a.m. February 3 - Updated to reflect the correct name of Courage California which was first reported as the Courage Campaign.